In May 2018, the company Abyss Creations announced that their “real doll X” is now “officially live”. According to the announcement, this is “the world’s first real sex capable robot”. It’s a robot that is designed to look like a human, to act like a human, with a certain degree of AI – designed specifically for sexual purposes. The robot is called “Harmony” and is a so-called sex robot.

Kathleen Richardson and the “campaign against sex robots” view the introduction of sex robots as morally offensive and something society should strongly oppose. The main reason they give is that sex robots symbolize a regrettable type of human relationship (namely, between sex workers and their clients). If this is correct, sex robots may reinforce negative stereotypes and lead to increased objectification of sex partners, particularly women.

There are really two ways we could go here. We could insist that sex robots should be banned because of the bad example they set. Or we could explore the idea that perhaps the relationships between humans and sex robots could be made to set a good example. Together with my colleague Lily Frank, I have been investigating the second possibility. Are there ways humans and sex robots could relate to each other that could set a good example?

Consider the following case, which has received a fair amount of media attention. There is a man living in southern Michigan who calls himself Davecat and who claims that he has been married to a sex doll named Sidore for over fifteen years. Davecat is a proponent of “synthetic love”. When Abyss Creations announced on Twitter that their “real doll X” was now officially live, Davecat liked this tweet and also wrote a reply expressing his approval. A case like Davecat’s raises the following question: could there be mutual love between humans and sex robots equipped with sophisticated artificial intelligence? If so, perhaps this could set a good, rather than bad, example.

Interestingly, all the above-mentioned sex robots are advertised as being about more than sex. Harmony has “twelve points of articulation in the face” designed to allow Harmony to display a range of facial expressions. And users can talk with Harmony. This is meant to create an emotional bond between Harmony and the user. Similarly, one of Samantha’s developers – Arran Lee Wright – appeared on British TV and talked about how one can discuss all sorts of topics with Samantha: “she can talk about animals, she can talk about philosophy”. She can tell a 1000 different jokes. Roxxxy, in turn, is advertised as a “true companion.” These robots, then, are designed to create an attachment in the humans that interact intimately with them. Could they be the first step towards love robots: robots with whom we can have relationships of mutual love?

To investigate this question, one needs a conception of mutual love to work with. There are two main approaches one can take. One is a highly scientific approach that investigates the biology and neurochemistry of love – like in the work of the evolutionary anthropologist Helen Fisher. Another approach is to investigate love as a widely shared human value and cultural ideal. We can ask: how do understand love when we value love as an important part of a desirable human life? Let us here focus on this second approach. Let us ask whether the things that most people ordinarily associate with love could be realized by a sophisticated robot with advanced artificial intelligence.

When Lily Frank and I investigated this question, we looked at traditional philosophy of love, recurring trends in art and literature, and pop culture. We identified three broad themes or clusters of ideas that keep popping up in philosophical discussions about love, in everyday conversation, art works, pop songs, and so on. Let us briefly consider whether a sex robot could possibly be designed so as to live up to these common ideals.

The first ideal widely associated with love is the idea of being a “good match”. This goes all the way back to Plato’s Symposium, with its idea of “finding one’s other half”. The most popular dating website used to be “match.com” – and people hope to find a partner where they feel that they and their partner are “made for each other.” Could a robot and a human be a good match?

Let us now consider the second common idea from the philosophical and other literature on love. This is the idea that lovers are supposed to value each other in their distinctive particularity. We want our lovers to value us for who we are as individuals – so that we are not easily replaceable with a better option. For an illustration of this idea, consider the classic big band tune “It had to be you”. It contains the following lyrics: “Nobody else, gave me a thrill/ with all your faults, I love you still/ it had to be you, it had to be you”. This helps to bring out the idea of valuing an individual, in their distinctive particularity. Could a robot do this?

It is not hard to get a robot to track a particular person over time. This could be done with face recognition software, or perhaps a chip we implant somewhere on our body. The tougher challenge here is to create a robot that can be said to value a human individual. To value something is a complex idea. It involves an emotional investment, certain motivations, seeing certain considerations as reasons for action, and so on and so forth. To build a love robot able to value a human in their distinctive particularity, we would need to enable the robot to “care” in these distinctive ways about the person it is supposed to value. That is a tall order.

Let us next consider the third idea Lily Frank and I identified as a very common ideal about love: the idea of commitment. People value their partner’s willingness to commit to them. This is sometimes publicly celebrated in a formal way, such as within a love-based marriage. Or it could be achieved in a less formal way. But the common idea is that people value the idea of their lovers’ commitment to them. Think of the Beatles song “When I’m 64”, which contains lyrics like “when I get older, losing my hair, many years from now . . . will you still love me . . . when I’m 64?”. This is but one example of this idea of a lover’s commitment. Of course, to be the right sort of commitment, a lover’s steadfastness should not be an obsession or compulsion. It should be a choice. Somebody with a slavish devotion – a total obsession – is not a committed lover of the sort people typically imagine when they envision this ideal. Rather, it is a free choice to commit to another person that we value. Could a robot live up to this part of the ordinary ideal of love?

The robot would need to be equipped with some form of free will or capacity for choice. On the face of it, that might seem like something a robot could not be equipped with. On the other hand, people do spontaneously interpret robots as making choices and decisions. Just think about the way people talk about self-driving cars. They say, for example, that in an accident scenario, the self-driving car might face a choice a between going left (in order to save whoever is on the right of it) or to go right (to save whoever is on its left side). Both laypeople and experts talk this way about self-driving cars and other types of robots.
Of course, this might be interpreted as all being metaphorical. We do not really think that self-driving cars and other current robots make choices – or do we? Whether or not current robots are able to make choices in any sense corresponding to how humans make choices, we should be open to the possibility that future robots may become able to replicate many key aspects of human choice.

Mutual love between humans and robots?

What this all means for the prospect of love between humans and robots is the following: it is very hard to accept the idea of mutual love between humans and the types of robots that we are able to create today. But we should be open to the idea that future robots might become advanced enough that they can live up to many of the ideas we associate with a human being who is able to love another person. Of course, robot love might not ever be exactly the same as human love. But it might come to offer an alternative form of love – one that some people might come to prefer to human love. Perhaps Davecat would be one such person.
Whether human-robot love could become similar to ordinary love between humans or whether it might offer an alternative form of love – either option could plausibly be seen as setting a good example, rather than a bad one. When it comes to sex robots, we should certainly be attentive to the symbolism associated with them. But we should not only investigate risks related to bad forms of human relationships that they might symbolize. We should also be open to the possibility that some day, some of them might come to symbolize something good.

For more on the same general topic, see: 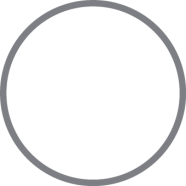 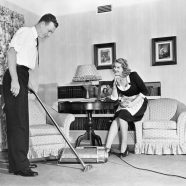 “Yet why do I say this? I have myself been blasted in these hopes, yet another may succeed.” – Mary Shelley, Frankenstein   In mijn hoofd…