Naïve, wiggish, obtuse, callous, or – worst of all! – Panglossian. This is just a sample of the names people call me whenever I confess to them that I believe in moral progress. Actually, I don’t just believe that progress is possible: I believe that it is real and that we benefit from it every day. And so do you.

Not everyone does, of course, and not everyone equally. So what do I mean by progress?

Consider the following facts: 200 years ago, even the richest person in the world was, by today’s standards, dirt poor; the US economy thrived on slavery; British gentlemen murdered each other in needless duels over petty insults; millions of Chinese girls’ feet were bound, wantonly incapacitating them for the rest of their subjugated lives; workers’, women’s, gay rights? Utopian. Animal rights? Don’t be ridiculous.

I believe in moral progress, and so do you

Most countries are now democratic. Slavery is illegal everywhere. Dueling and foot binding have been unheard of for over a century. Globally, poverty is on the decline. In affluent nations, it has disappeared. Democracy is spreading, with one human, one vote wherever it arrives. Animal rights are taken seriously.

I am originally from Germany, but I work in the Netherlands. My own and my Dutch friends’ grandparents were prepared to kill each other in war. Today, both countries share an open border.

Are we wired against progress?

Does moral progress have limits? I am afraid it does, but that those limits are set by our own stupidity and penchant for self-destruction, rather than immutable features of our evolutionarily inherited psychology.

Some conservatives hold that many progressive gains are undesirable because they are infeasible: a cosmopolitan society in which tribal boundaries are removed and everyone cares equally for everyone else regardless of relatedness, nationality, or skin color would be dangerously unstable. Evolution has made us inevitably groupish, our moral concern parochial and biased.

Moreover, we owe much of our success to cultural evolution. But culture, conservatives insist, is smarter than we are: we don’t really know what makes society work when it does. Whenever we try to redesign it from scratch, we are therefore likely to make it worse.

The prospects of progress

I don’t believe that either of these conservative arguments succeeds. Here’s why: conservatives are right to suggest that our empathy and altruism are quite severely limited. They are wrong to suggest that this spells doom for the project of building more inclusive societies. To make humanity cooperate beyond the confines of kith and kin, we can bypass our evolved limitations with clever institutional design.

Millions of people work together for mutual gain, to produce even the simplest items, such as pens. This is the institutional profile we should be looking for when it comes to achieving progressive gains. Transnational governance and social media have the potential to achieve simlar results. We should not bludgeon our evolved dispositions into shape, but harness their power.

Secondly, it is true that the piecemeal cultural evolution of institutions makes them largely intransparent to our understanding. Knowledge, skills and practices that enable social cooperation accumulate over generations. Each generation makes it contribution, but no one oversees how it all hangs together. One can tell how tricky social design is from the fact that exporting institutions that work in one place to another place hardly ever works.

We should not bludgeon our evolved dispositions into shape, but harness their power

None of this, however, actually supports the conservative’s political preferences. Quite the opposite: if anything, theories of cultural evolution entail an openness to social change, encouraging individual liberty and collective experimentation. It is the conservative’s fantasy of returning to their supposed golden age of – what was it again? The 50s? – from the year 2019 that would constitute precisely the kind of radical social engineering that cultural evolution advises against.

Things improve – if we let them

None of this means that progress will take care of itself. But things will improve – if we let them. Res nolunt diu male administrari: things refuse to be mismanaged for long. The goal, for now, is to identify the types of moral progress that we want to bring about, the mechanisms driving them, the institutions sustaining them, and the forces holding progress back.

Moral progress consists in making people better off, as quickly and equitably as possible. It consists in getting rid of silly and harmful social norms that constrain individual liberty for the sake of taboo and superstition. It consists in seeing the potential for moral reform in what we take for granted. It is about recognizing that differences between the sexes, or ethnicities, or species, are morally irrelevant, and to remove arbitrary privileges that are attached to these differences.

This does not mean that we need a recipe for a utopia, nor that there is one. It doesn’t mean that we need to know what a perfect society would look like. The only thing we need to be able to do is to know where we are right now, and where we want to go next. Moral knowledge, on my preferred analogy, is like headlights: you can only see so far, but if you rely on them, you can make the whole trip. 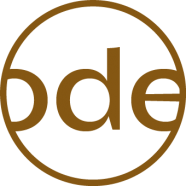 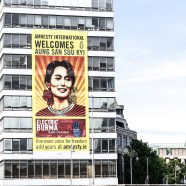 Can there be mutual love between humans and robots?

In May 2018, the company Abyss Creations announced that their “real doll X” is now “officially live”. According to the announcement, this is “the world’s…

Can we learn anything about self-driving cars by considering the ‘trolley problem’? 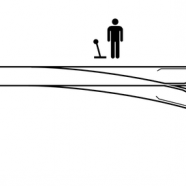